After a weekend of Bioshock: Infinite (which was just excellent, in case you are like me and way, WAY behind the times) it's time to get back to work.

After doing a bunch of art-related stuff this morning, I decided to get back to level creation stuff.

Using the drum track of the level's music last week was a good start, but needed to introduce some more randomness into the equation.

I assigned a spawn range to each drum note and then used a Gray code to determine a spawn position inside each range.  This is a little nicer than just using completely random numbers, because you're guaranteed to not have a repeated number (each new number differs from the previous by exactly one bit).  But it's also gives the appearance of randomness on the scale that I'm working at.

Result:  pretty fun, actually.  :)  New problem:  it's pretty difficult, too; will need some testing to determine if it's appropriate for just the second level.

Oh, and the art related stuff.  Kicking around "movie poster" type ideas.  I was looking at a bunch of minimalist movie posters and thought they were quite striking.  This is not quite so minimalist, and will probably make no sense to you at the moment, but hopefully it stands out: 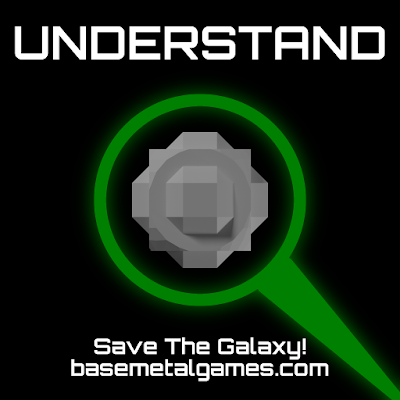