The Blog That Time Forgot

Christmas season is obviously not my most productive time of year.  That's not to say I haven't been working (although there was a lot of World of Warcraft going on), but the hours have been kind of weird.

Since the last update, I have mostly been doing stuff that doesn't blog well.  Some UI stuff, editor stuff, story stuff, and level stuff.  Blogging about those would be boring, boring, spoilers, and boring spoilers, respectively.

Or maybe you're really into greyblocked spaceship placement.  This is for you guys: 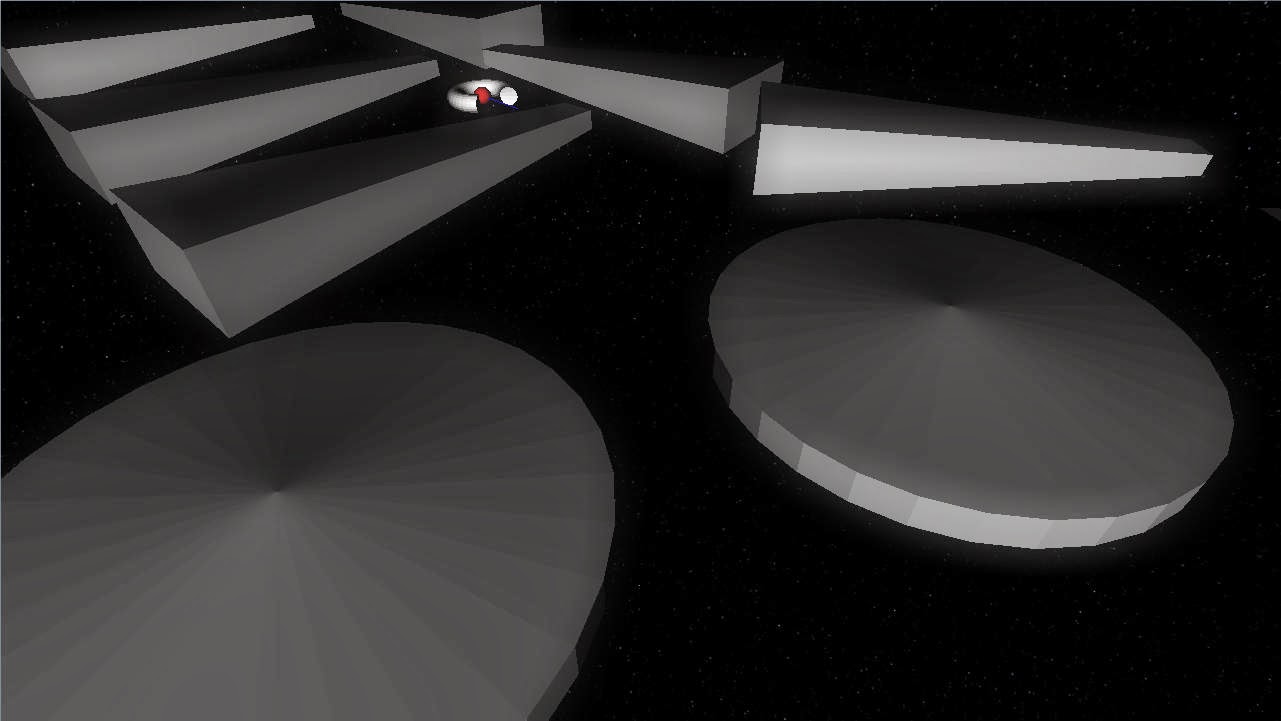 Probably the most interesting thing was the addition of free-flight mode.  Up to this point, the levels have essentially been built on a rail - the user can move around inside the camera's view, but the camera is on a fixed animation path.  I had been planning on doing this for ages but was too focused on other things to get around to it.

So far it feels really good.  I'm still trying to figure out the camera angle.  It feels really good to have the camera down low, but then it's way too obvious that the whole world is built on a 2D plane.  If you pull the camera up, you can't see far enough ahead of the ship.  I'm sure I'll work something out.

Next up is a bit more enemy AI, and probably a little more level editor UI stuff.  I did manage to get parts of the UI back from the Profound State of Brokenness that I somehow put it into a couple months ago.  Even Perforce history couldn't rescue me from that one.  There were way too many "Why doesn't this work?  How did this used to work?  HOW DID THIS EVER WORK????" moments.