OK, I'm slowly getting back to work. I haven't been doing much programming recently though - today I'm pretending to be an artist! :)

I spent a bit of time last week putting together some character concept reference. That also involved a bit of character bio writing, and sifting through months of notes - good ideas, bad ideas, ideas I somehow forgot about but shouldn't have, ideas that should probably be deleted, burned, and launched into the sun...

Then, since I didn't really feel like programming, I decided to turn this: 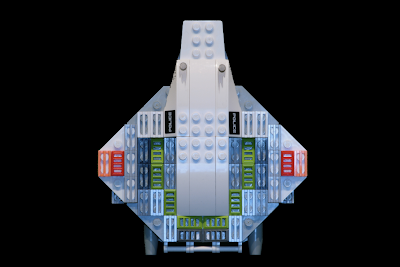 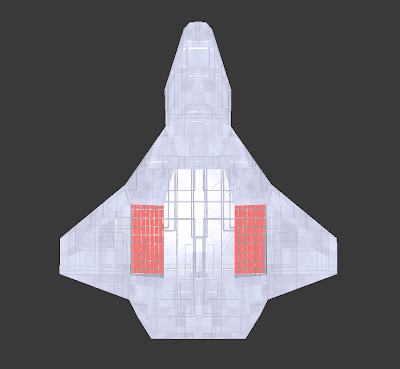 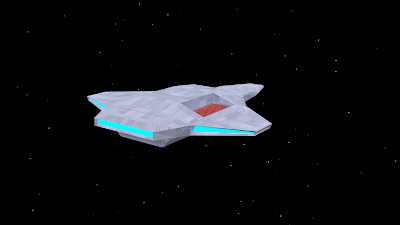 Not quite there yet, but a decent start.

I've been learning quite a bit about Blender through the process of making a few models.  I was having some trouble with the X-Mirror mode, because subdividing an edge is not a mirrored operation.

It was easiest to just put a Mirror modifier on the whole mesh and model just the left half of the ship.  The .dae exporter even supports this without having to generate the whole right side first, which was nice.

I also figured out that selecting two adjacent faces and scaling to zero in normal space is a good way to make two faces coplanar.

I also learned a lot about baking textures and materials, but, being Blender, I have now forgotten it again.  :)