The Intersection of Head and Desk

A bit of a slow day today.

I spent much too much time trying to figure out why the normal map on one ship seemed to be working fine, but on a different ship it looked like all of the normals were pointing the wrong direction.

Turns out I had the texture linked to an old (and very wrong) version of the normal map with the same name in a different directory.

Anyway, once that was sorted out, I decided that since I actually have meaningful values coming through the pipeline now, maybe I should use them.  I spent a bit of time getting the Cook-Torrance shader working.  I think it turned out alright: 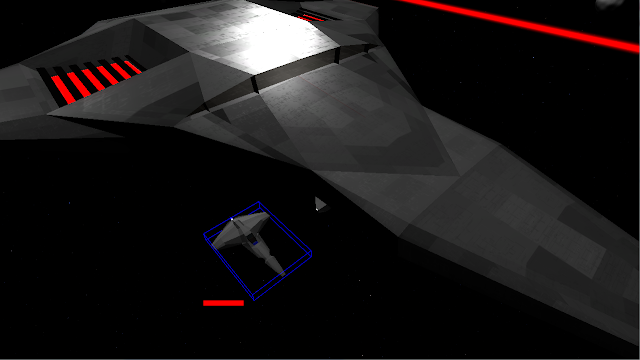 Actually, I need to get some proper lights in the scene.  It's progress anyway.

I also poked a prodded at the level script, dialog and design.  The first level of the game has a lot of dialog and scripted sequences, so although it will be an excellent test level as far as preparing for the rest of the game, it's going to take a while.